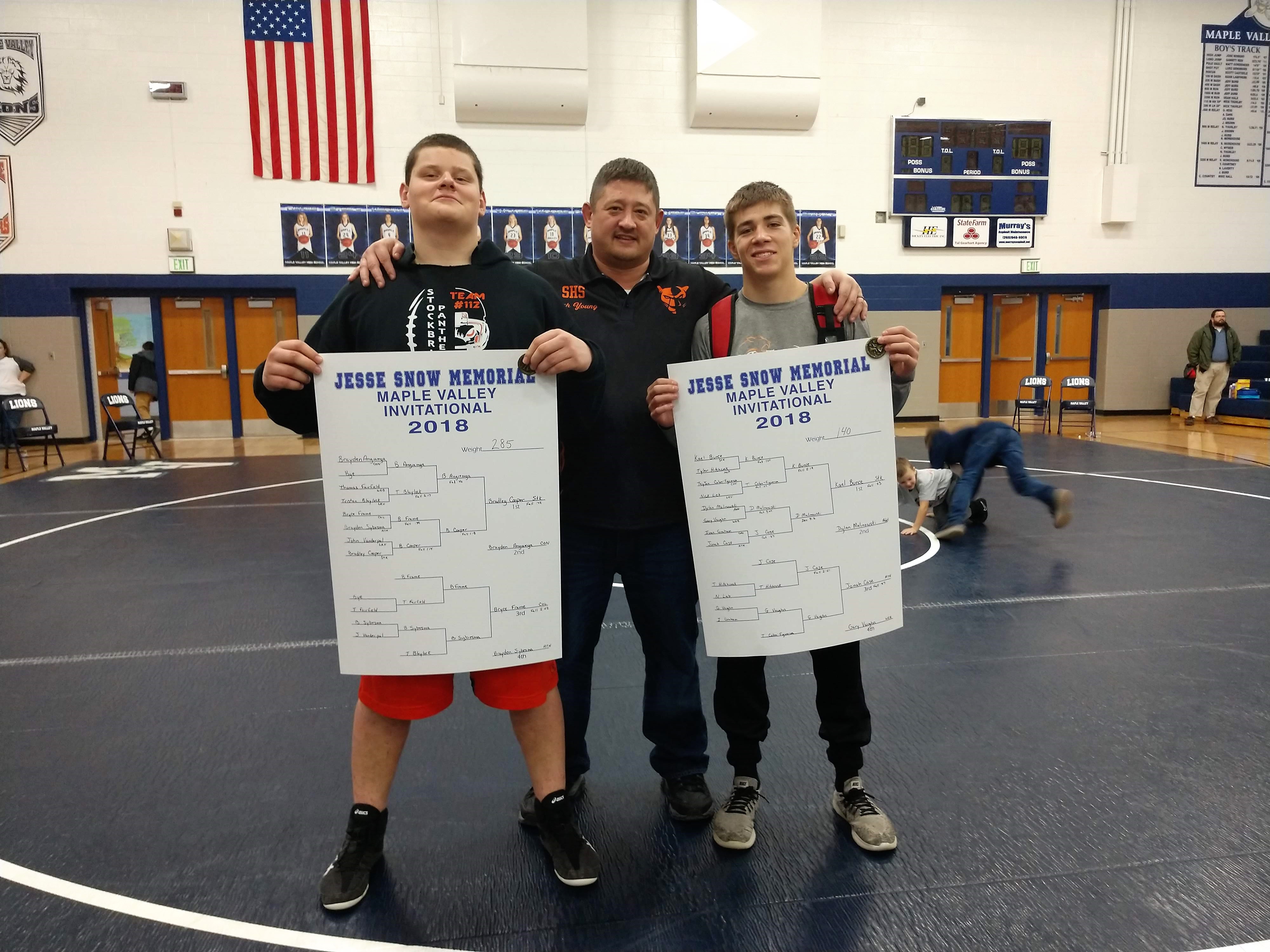 The Stockbridge Panthers take 6 Wrestlers to the 26th annual Jesse Snow Tournament and finished 8th out of 11 teams.

At 140, Kael Bunce wrestled a full bracket with some talent in it. First match, Tyler Hitchcock of Hopkins would get pinned at 1:24 seconds. Bunce 2nd match would be TayJon Colon-Figueroa of concord. This would be the only match for Bunce that went into the 2nd period. Bunce would pin him at 2:19 seconds to advance to the Finals against Dylan Malinowski of Addison. Kael was focused and determined going into the finals. Bunce scored first with a single leg take down and Stacked Malinowski with a double chicken wing, to pin him in 0:53 seconds into the 1st period. Bunce went through the talent pretty easy, I believe its his focus and determination that catch wrestlers off balance. Bunce comes out attacking, never giving his opponent the chance to set something up. The true test should come December 29th, when Bunce will Wrestle in the Salem Elks tournament. We will see some very talented Wrestlers from over 30 teams attending.

At 152 Kalysta Connolly was wrestling up a weight class. First match was against Chris Blair of lakeview. She battled hard, but was caught in a head lock and pinned in the 1st period. Second match, Connolly wrestled her best match of the day against Donavan Pratt of Lakewood. Connolly would be taken down to her back and fought hard to escape. You seen it in her eyes that she was determined not to get pinned in the 1st period. Connolly would make it to the 2nd period and get caught in a cradle and pinned. Im very proud of her, she never gave up! and wrestled tough throughout the day.

At 160, Kevin killinger would pin Dillon Jorgensen of Maple Valley at 1:35 seconds. He would advance to wrestle Jacob Roberts of Athens, a 4th place state finals wrestler last year. Killinger would keep up a good fight before getting pinned in the first period. The 3rd round, Killinger would face James Rose of Concord. Rose would score first before Killinger would escape. Killinger kept up a good wrestling match before getting caught in a cradle in the 3rd period and pinned. Kevin had a tough Wrestling Bracket this weekend. He keeps improving each week and cant believe this is his first time ever wrestling.

285, Bradley Cooper would face John Vanderpol of Lakeview. Coop would dominate the first match, putting away Vanderpol in the 1st period at 1:14 seconds. Coop would face 3rd seed Bryce Frame of Colon, with similar results. Cooper locked up Frame, taking him down and immediately going to a half nelson to finish him off at 1:18 seconds. Cooper would advance to the finals to take on undefeated Brayden Angiamga of Concord. We knew this was going to be a tough match. Coop and Brayden matched up well together. Both are strong guys that like to throw. During the finals, Brad came out tough, pushing and getting position over Angiamga. With 42 seconds into the 1st period, Coop would throw Angiamga to his back and pin him to win the 285 pound weight class. I believe this is Brad first time ever winning a tournament. He wrestled tough, and earned every win this weekend. We looked forward to seeing Coop continue with success this season.